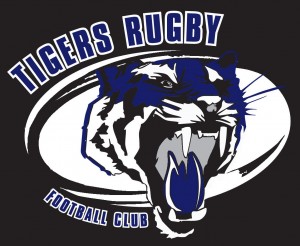 Regardless of the outcome on Saturday, Tigers Rugby will play at Infinity Park on Championship night, May 11th for either the State Championship, or the Consolation Match.

Against the Saracens, the Tigers captain Andrew Hutchinson scored twice, and a try by Peter Loving made it 15-0. After giving up 12 points to the Saracens, Nick Allen scored the deciding try in the 22-19 victory. Alec Walters went 0-3 on conversions and Warren Wood was 1-1 in his placekicking duties on the last try by Nick Allen. On the last play of the match the Tigers gave up the final jab from Aurora, which was followed by a booming sideline conversion by the Saracens.

Tigers Rugby players and coaches have been nominated by league for 2011 awards in the categories of Player of the Year (Andrew Hutchinson), Coach of the Year (Accelerate PT’s Director, Paul O’Brian) and the coveted Rugby Colorado Team Sportsmanship Award. There is plenty of competition in these categories, including players and coaches from two teams ranked nationally by Rugby Magazine. Colorado Springs is rated #2 in the USA, and Denver East is currently rated #18.

The Tigers face off with Denver East on Saturday, May 7th at Dick’s Sporting Goods Park. Regis Jesuit takes on the Colorado Springs Junior Grizzlies in the other Semifinal match this week. In the Division II Semifinals, Littleton plays Cherry Creek, and Platte Canyon /Conifer (PAC) faces GrandJunction/Aspen.