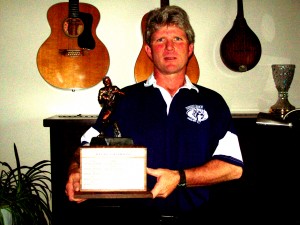 Accelerate Physical Therapy, P.C. founder, Paul O’Brian, was named the High School Division I Coach of the Year by Rugby Colorado (formerly Colorado Youth Rugby) for the 2011 season. This is the second time Paul was presented this honor in 8 years of coaching high school boys from as many as 8 of the high schools in the Northwest Denver region. Paul received the 2005 Coach of the Year Award in the Club Division. His team, the Tigers Rugby Football Club also won their third Team Sportsmanship Award, and Standley Lake HS senior, Andrew Hutchinson took home the league’s Division I Player of the Year Award.